If you’ve ever talked on a cell phone or a radio with bad reception or in a loud place, you know how difficult it can be to communicate accurately. Many words sound similar and easily can be misunderstood, the same is true for some letters when you attempt to spell something out. The phonetic alphabet is used to spell out letters or words when communications are difficult or the environment is noisy.

The most common phonetic alphabet is known as the International Radiotelephony Spelling Alphabet (IRSA). The IRSA Phonetic Alphabet consists of 26 code words that substitute each letter of the alphabet. This version is very common and used by many US Federal Agencies and the United States Armed Forces.

Each word represents one letter of the alphabet. For instance, “Alpha” means “A,” “Bravo” means B, and so on. Multiple code words often are combined to form words or expressions. For example, to say “dog,” one would say “Delta-Oscar-Golf.” None of the 26 code words sound alike, so there is no doubt what is said when spelling this way. 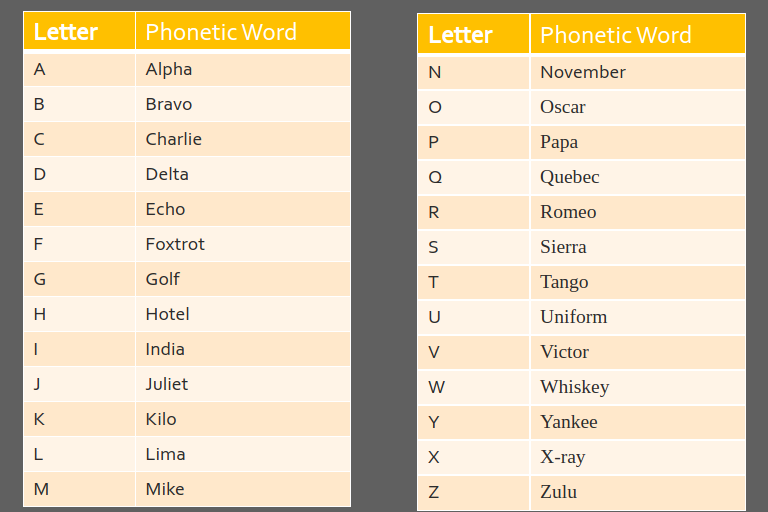 Just as letters can be difficult to understand in radio communications or in a noisy environment, numbers can also be easily misunderstood. 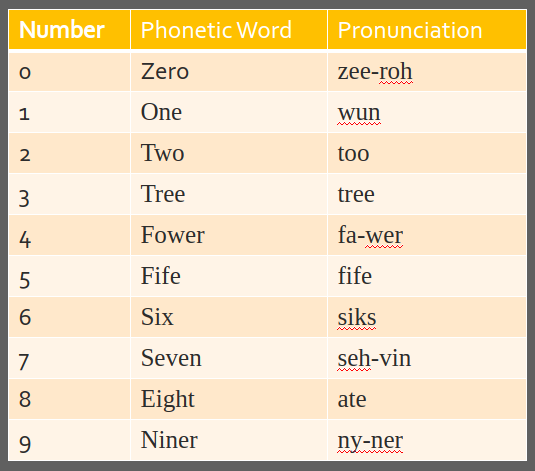 10-Codes are a series of shorthand radio codes generally used by Police and government agencies. The most famous of these 10-Codes maybe 10-4 heard on many TV police dramas, meaning “Over and Out”.

While you may hear these codes in use over the radio, it is best to avoid their use for general or emergency communications.  While there is a suggested set of standard codes created by the APCO (Association of Police Communications Officers) they are not mandated as a standard. Local agencies or police departments may have their own non-standard meaning for a specific 10-Code which may lead to confusion if you assume they are using the standard code.  FEMA suggests that radio traffic be conducted in “plain talk” as much as possible to avoid misunderstandings.

This list is provided as informational only.  It may assist if you are listening to the police or other agency radio traffic and do not fully understand the conversation.  As noted above, the codes may not be completely correct, as an agency may have unique meanings for their 10-Codes.